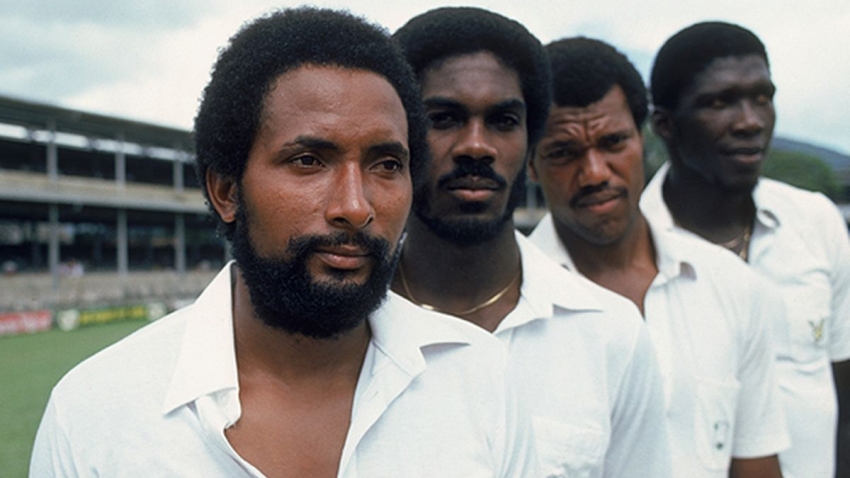 Chairman of selectors, Roger Harper, said in an interview recently that Caribbean territories needed to take more responsibility in the arena of developing world-class cricketers and he is right.

Now, as chairman of selectors, he may have good reason to turn attention away from the Cricket West Indies, since it is they who employ him. But even if that is the case, he still has a point.

For a long time, the blame for the dwindling fortunes of West Indies cricket has been put squarely at the feet of the West Indies Cricket Board now Cricket West Indies.

As the governing body of the sport in the region, placing the blame there is, on the face of it, the natural thing to do.

After all, what else are you there for?

I read a column from one of my esteemed colleagues, a one Leighton Levy recently, where he pointed to the death of grassroots cricket as one of the reasons for West Indies’ demise over the last 25 years.

Furthermore, Leighton went on to vaguely describe a plan to expand grassroots cricket and to create a system for the transitioning of that grassroots cricket to the senior levels and ultimately to the production of more world-class cricketers.

Leighton’s theory doesn’t seem to fall too far adrift of Harper’s, who while not charting a way forward as did the journalist among the pairing, seems to suggest the problem lies at the beginning rather than at the end.

So while Cricket West Indies is the obvious ‘scapegoat’ in analyzing the reasons for the senior team’s decline, there may be merit in pointing a finger elsewhere.

But here’s the kicker. No longer is the Caribbean an escape from the fast-paced world, a place where time stands still and where the things of importance are what they’ve always been.

Today, there is cable television, android boxes, firesticks, and websites that bring the world rushing into the Caribbean.

That has created, and understandably so, a bit of an identity crisis, although maybe it is no crisis at all.

Cricket is no longer the most popular sport in the Caribbean. Through no fault of Cricket West Indies, children are growing up with heroes on the NBA courts, on the football fields, on the track.

Players like Chris Gayle, Dwayne Bravo, Marlon Samuels, Kieron Pollard, impose larger-than-life characters on the Caribbean but it is not the same as the days when Clive Lloyd and Viv Richards walked the region as Gods.

The West Indies, over the course of 15 years had already proved that men from humble beginnings can compete with and beat the world.

Maybe the West Indies were too successful.

Harper suggested the territories in the West Indies were to be blamed for not producing players who could make the jump to the next level, but these territories have much to compete with.

I’m in a few sports groups with serious sports fans. They talk about everything from table tennis to curling, but lately, the conversations about cricket have dwindled.

These sports fans are fathers of upcoming sports fans and maybe serious players. They won’t be told about the greatness of West Indies players of old, not that they would listen anyway.

When I was growing up, I had to watch whatever was on TV. And sometimes, that meant missing out on cartoons for, you guessed it, cricket.

I was usually pissed by this, but something happened.

I would sit and watch with my Dad and I would learn.

I would learn about the difficulty of playing the game, and the bravery of standing up to a big, strong fast bowler and how quickly the .33 of a second you had to figure out what to do with a ball and do it, really was.

I grew an appreciation for it.

Now, with a competitive media industry, filled with the pitfalls of rights buying, I don’t have to watch cricket for an entire day.

A couple of things happen with this increased content.

One, you won’t learn very much about cricket because that takes time, and two, you may never acquire the taste for it because it isn’t fast enough. Then, to add to that, your parents don’t drill the stories of Viv Richards having his cap knocked off only crash the next delivery over the boundary ropes.

All of that combined means cricket is slowly being forgotten.

So today, the talent pool that the territories have to draw from is a much smaller thing than in recent times.

How then do these territories produce world-class players?

Today, the few talented players excel very easily because there isn’t a lot of talent around them. Then they get stuck in a rut.

A few half-centuries at the regional level, mixed in with one or two centuries is enough to get your team winning more often than not.

There was a time that players had to score six or seven centuries for their team to have a chance.

Then there are the few bowlers with talent. They get easy five-fors and six-fors and have great stats. But then their opposition has come from the dwindling talent pool and the work that they have to put in to be really good isn’t understood until a 16-year-old Indian thrashes them to all parts of the ground for an entire series.

And if you watch world economics, and you’re from the Third World, you understand how difficult it is to do that.

So Harper has a point, and Leighton has a point, but how do we get our youngsters loving and playing a game they have forgotten?