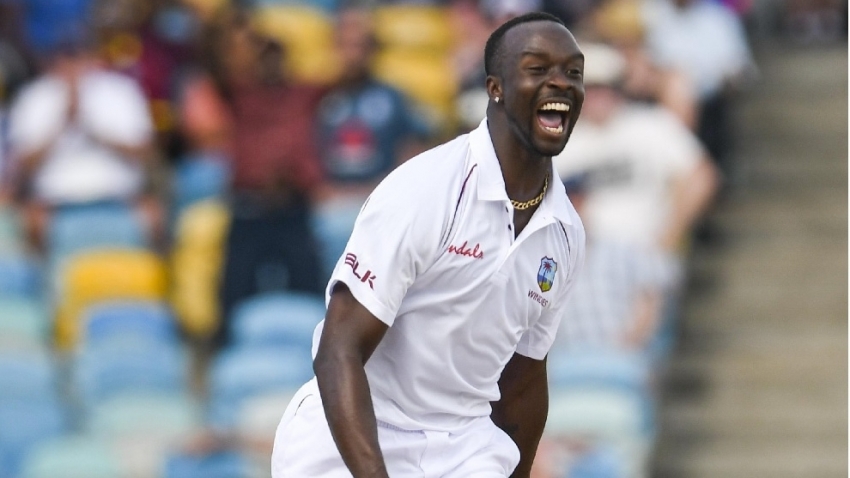 West Indies fast bowler Kemar Roach plans to launch his campaign towards 200 Test wickets and beyond during the upcoming three-Test series against England.

The most experienced member of the current West Indies bowling attack, the 31-year-old Barbadian is only seven wickets away having so far taken 193 wickets in 56 Tests but he is hungry for much more.

“The 200-mark is on my mind – it would be an honour to get into the 200 bracket on this tour. My focus is getting to the mark and maybe push on to over 250 and maybe 300. But the goal is to beat England. We want to win again and take back home the trophy,” he said during a media session on Sunday.

Roach was the Man-of-the-Series when the West Indies upset the heavily favoured England 2-1 during their Caribbean tour in early 2019. Roach took 18 wickets in three matches and said he is ready for a repeat performance when the first Test bowls off on July 8.

“The 2019 series was great. We played really well especially that match in Barbados … that was one of the highlights especially in front of many of my fans and family. I rate that as number 1 in my career when it comes to (performances in a) series. We played great cricket but we have moved on … we were high on then but we’ve moved on to this series which is ahead of us,” Roach said.

Roach said the team is working hard to shake off the rust after an extended period of inactivity caused by the Coronavirus pandemic.

“We haven’t played for a while. Our last Test match was December last year against Afghanistan in India. We have been working very hard and we have games coming up to get our bodies tuned. I’m looking forward to it. The body is feeling quite well.”