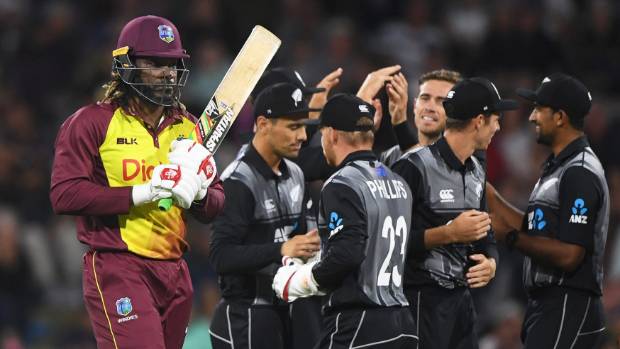 Whitewashed by the Black Caps, the West Indies have been pummelled by their own media as they limped home from their "nightmare" tour of New Zealand.

The once-proud cricketing nation appears dismayed by the ongoing decline of the team.

Words like miserable, abysmal, chumps, and embarrassment were used in a hard-hitting editorial in the Barbados Today newspaper as the repeated losses were digested in the Carribbean. 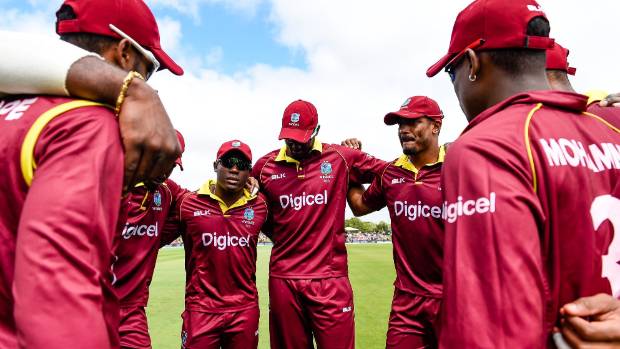 The West Indies have been highly criticised for their performances in New Zealand.

They even suggested that the scale of the woeful performances was harder to take because the Black Caps only contained "one or two quality players".

The newspaper said there was a need for much "soul-searching" in their game and felt the national administration needed to do more to mend the bridges with some senior players who were absent from the tour.

"That the New Zealand tour has been an on-field embarrassment and a complete disaster is irrefutable," the editorial said.

"There will be some who will blame CWI for the team's poor showing but the players must ultimately answer the pertinent questions related to what occurred on the cricket field ... the buck for the debacle in New Zealand stops at the players.

"What will be particularly galling to passionate West Indian supporters is that despite the presence of one or two quality players, the New Zealand teams in the three formats were not of the intimidating nature to cause any loss of sleep. Yet the West Indies team will return to the Caribbean having been saved by rain from a complete tour whitewash having lost two of two tests, three of three ODIs and two of three T20s."

Barbados Today felt the problems were widespread across all disciplines and formats of the game.

"With the exception of vice-captain Kraigg Brathwaite, the batting unit in the test matches failed miserably. The bowling unit was collectively disappointing. The fielding was equally abysmal with the likes of Shane Dowrich being a particular letdown behind the stumps. The captaincy of Jason Holder continued to show a degree of naivete in on-field decision-making. In the ODI arena, it was a case of a general meltdown and the team appeared more world chumps than champs in their supposedly best-performing format, the T20s."

They were particularly critical of the leadership of Holder and suggested his future was now in jeopardy.

"It was painfully obvious that the test team required strong assertive leadership. Holder from this distance appears to be a Mr Nice Guy, a very decent, charming, well-spoken individual who is willing to be supportive of his failing players. And the team members seemingly adore him.

"But aggressive, consistent performances win games, not platitudes, not excuses, not being simply a nice guy. And assertiveness and tact are even more important when leading an average side. Holder presents the same challenge to the selectors that Darren Sammy presented. Is he good enough or producing enough to be guaranteed a place as captain, or should he be competing with others to maintain a place by dint of his performances? This is a decision that CWI will have to make in 2018."

There was embarrassment about the batting techniques against intimidatory bowling tactics by New Zealand.

"The sight of West Indies players unable to cope with medium-pacers bowling short-pitched deliveries has been one of the saddest spectacles on the New Zealand tour. This is a region that has been blessed with fast bowling greats who obviously exposed our batsmen to quality pace bowling."

The newspaper said the problem lay with pitches in the Windies no longer being prepared for fast bowling and that had produced a "domino effect" in New Zealand.

The editorial couldn't resist a dig at some of the absent stars as it concluded: "At the end of the day, it is up to the players to take stock of their performances and steel themselves mentally, technically and physically for the good of West Indies cricket. Despite suggestions to the contrary, our players are handsomely rewarded, even when failing.

"To compare their pay cheques to Indian or Australian internationals, for example, misses the point. It is instructive that cricketers of other countries always put their national teams ahead of Twenty20 global domestic tournaments. But this is a quality foreign to many West Indian cricketers. Perhaps, there might be an answer in that to explain our current woes."