Welcome to the Cricket Windies forums, one of the biggest forums in the world dedicated to cricket.

(CNN)The cricket world is in mourning after West Indies cricket legend Everton Weekes died at the age of 95. 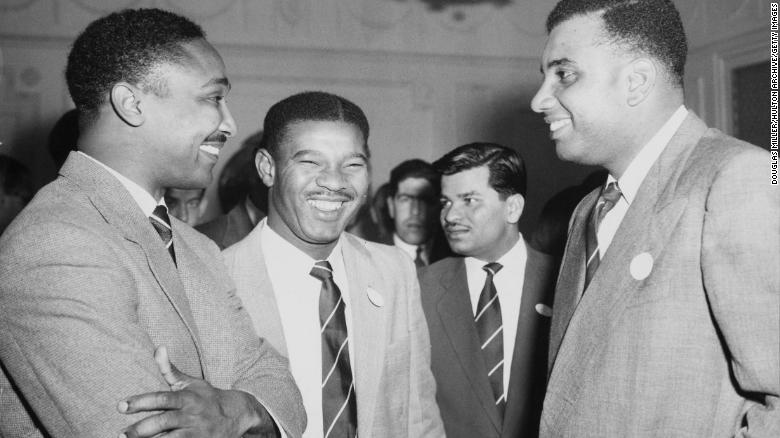 Left to right: Frank Worrell, Everton Weekes and Clyde Walcott made up the famous "Three Ws" of Bajan and West Indian cricket.
Weekes' relatively diminutive stature rarely stopped him from dominating opposition bowling attacks.
When named by Wisden as one of its five Cricketers of the Year in 1950, it was written that "Weekes possessed in full measure those gifts which are the hallmark of all really great batsmen -- exceptional quickness of eye and foot," adding that "many bowlers must have been astonished at the speed with which the ball hurtled straight back past him."
It was predicted that Weekes would continue to perform and deliver for the West Indies side, and indeed he did.
He finished his international playing career in 1958 having amassed 4,455 Test runs at an average of 58.61 and 15 centuries. Weekes' average remains in the top 10 career averages for a player with more than 4,000 runs.

Weekes was born into a world still rife with systemic and societal racism.
As a 13-year old, Weekes began playing for Westshire Cricket Club in the Barbados Cricket League as his local club Pickwick catered only to white players.
Batting places were predominantly reserved for lighter-skinned players, but such was Weekes' ability that he forced his way into the Barbados team at 18.
Even after his illustrious playing career was over Weekes faced discrimation.
Trevor Chesterfield recounts in an essay entitled 'Zimbabwe Cricket: A Challenge almost Won' in the book "Cricketing Cultures in Conflict: Cricketing World Cup 2003" that Weekes was a target of racism during a 1967 exhibition tour of the then-named Rhodesia.
On a travel day, Weekes joined his white teammates for a drink at a Gwelo bar but was individually told on arrival, "Get out, you know where your bar is."
Weekes and former West Indies teammate Rohan Kanhai threatened to abandon the tour but remained after an apology from officials in government. 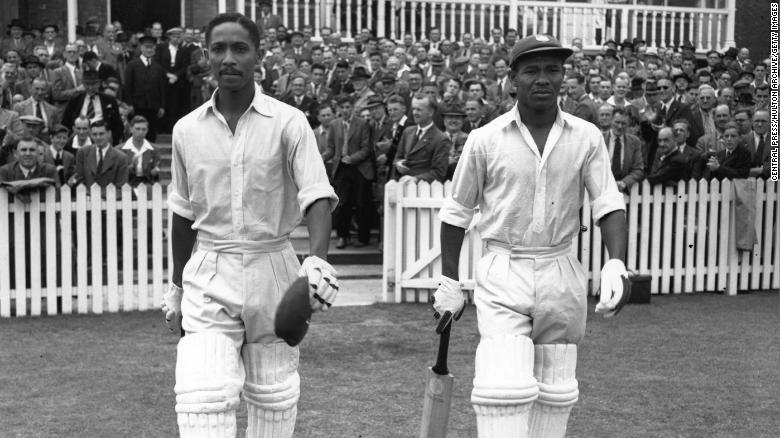 Worrall and Weekes head out to bat at Trent Bridge in Nottingham, England.
The discrimination didn't stop there and, although Weekes was said to be a mild-mannered and quiet person, he was unafraid to stand up to racism.
While denied by officials at the time, a game against a local side in Gwelo -- now known as Gweru in Zimbabwe -- was moved from a ground in the white area to a substandard ground in the black area due to Weekes' and Kanhai's presence in the touring side.
A white local approached the Bajan great before the game, barking: "Say you there ... Weekes, I know you're going to give us a first-class performance, aren't you?" all while wagging his finger.
The then-42-year old replied: "Well, as this is a second-class venue, it'll be a second-class performance."
Weekes proceeded to purposefully top-edge his first ball and walked off without waiting to see if he had been caught out.

Weekes suffered a heart attack in June last year but rallied to see his 95th birthday in February this year. 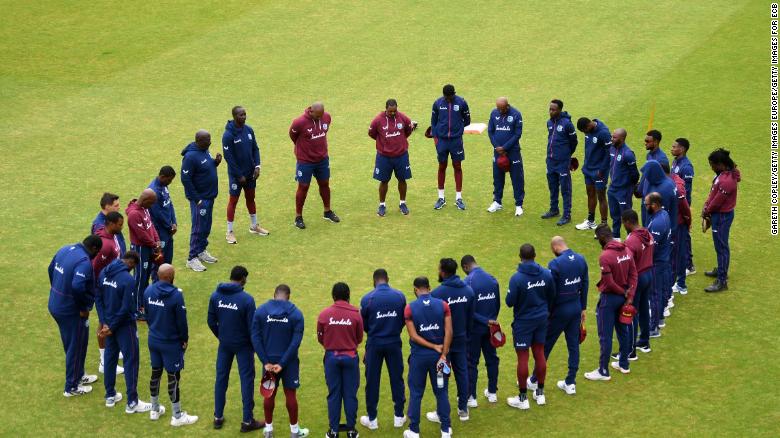 The West Indies team observed a minutes silence in memory of Weekes today.
The current West Indies side arrived in England at the beginning of June for a three-Test series set to begin on July 8.
It has been announced that both England and the West Indies will sport the Black Lives Matter logo on their shirts during the