Windies Cricket Team –the true identity of a cricket Nation! 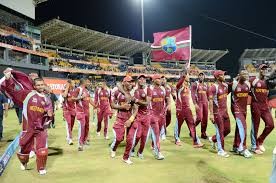 NATIONALISM can be construed as a sentiment of oneness, or the uniting of a people. It is often predicated on a myth of origin, whereby people from the same geographical region share a common birthplace, common soil, and common blood.The issue with West Indian nationalism, as demonstrated in the Independence Movement, was that those supposed commonalities — appealed to by politicians — were founded upon a fabricated convenient myth.

Colonialism brought varied peoples to the Caribbean from all parts of the world: Blacks from Africa through the slave trade, and Indians and Chinese as indentured labourers after emancipation. Against this historical setting, the idea of a common birthplace was a falsehood used to appeal to a sense of togetherness.

There was, also, no singular West Indian identity or West Indian soil. The colonies of the West Indies Federation were distinctly unique, and were different from each other. And with heterogeneous populations due to slavery and indentureship, claims of a common West Indian blood were just as untenable.

THE ONE TRUE SYMBOL
Perhaps the only symbolic instrument of a West Indian identity is the West Indies Cricket Team.

To the world the team appeared to be a united front, particularly after defeating the English, a feat that West Indians craved in the political arena. During its formative years, between 1928 and 1950, the struggles of West Indian cricketers mirrored the region’s centuries-long quest to move beyond its colonial beginnings and become independent from Britain.

Cricket made its institutional debut in the colonies through the education system and through British soldiers stationed in garrisons strewn across the islands. Exposure to cricket through education was one of the key ways the game and its code of conduct were first disseminated to freed slaves and indentured workers in the Caribbean. It is from this beginning that the ties between cricket and the formation of a post-emancipation West Indian identity were established.

SEMINAL MOMENTS
Black cricketers forged their way onto the West Indies Cricket Team in greater numbers after its inaugural Test match in 1928. The series victory of the West Indies over England (1950) and Frank Worrell’s captaincy (1960) are understood to be two seminal moments in the development of West Indies Cricket. However, fairly little has been studied about the relationship between these two events and the political movement towards independence.

These historic moments were catalysts for a “coming of age” period in West Indies Cricket, which subsequently led to a period of domination in world cricket, starting in the mid-1970s.

In repeatedly choosing a “white man” as captain, the WICBC made clear that it did not think black West Indians were capable of holding a leadership position. Furthermore, it was a political statement that served the purpose of maintaining the colonial relationship of master teaching pupil.

And while it has been widely accepted that cricket is an instrument which unites Caribbean people, former West Indies captain Sir Clive Lloyd contends that once the region has the right tools to play cricket, or any sport, athletes in the region can be as good as those from the developed world. 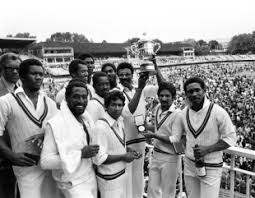 LLOYD’S TAKE
Lloyd, who has been described as the most successful West Indies Captain, led a side consisting of cricketers from various countries, such as Guyana, Trinidad & Tobago, Barbados and Jamaica, who came with their own set of baggage and cultural differences.

Asked to comment on the current quality of cricket in the region, Lloyd boasted that in addition to cricket, the Caribbean has been able to excel in many aspects of sport, including athletics, where the region has stamped its authority internationally.

The Caribbean is known for producing some of the most sensational track and field athletes, including the fastest female in the world — Shelly Ann Pryce-Fraser, and “the fastest man on the planet”– Usain Bolt. But with a perceived view of declining quality in the cricket played in the region, the former captain contends that once the region is able to work together, it can produce some of the best athletes in the world. To do this, though, he said, there needs to be availability of resources to support the athletes.

“We need the necessary tools and resources which other countries have been able to use to push and develop sports in their country. One example is England, where financial and other support for cricket has always been meted out,” he said.

Lloyd also reasoned that the geographic make-up of the region, which comprises a plethora of islands, results in additional expense for transportation via airplanes, and to meet accommodation, which other countries such as England or India are able to cut back on.

He also recalled, when he was a member of the English Sports Council, seeing large sums of money being spent on sports development. According to him, this is what is needed for the development of cricket and sports in the Caribbean.

In light of this, he underscored the need for governments in the region to invest more in sports, which becomes increasingly important, given that cricket is an expensive sport.

TIME IS NOW
“When the West Indies Team was at the top for over 20 years, we brought a lot of money to the region, since foreigners wanted to see us play. So I think it is time now for governments to give back financially to help support the sport to a greater extent,” he said.

The former West Indies Captain also suggested that young people in the region are seemingly gravitating to foreign sports for various reasons, including the fact that participation in these sports is less expensive.

“To be able to buy a bat or a helmet [to play cricket], you have to be earning enough, since equipment for cricket is expensive. Other foreign sports, such as basketball, are relatively cheaper to play and easier to access, so people tend to gravitate to those sports,” he noted.

But the ability to excel at sports does not only require skills and equipment. In fact, Lloyd explained, sports must be supported with education, which enhances the technical ability of any athlete.

He said Jamaica has adopted a policy of pushing sports in a serious way at the school level, and recommended that this model should be adopted throughout the region to support the educational capacity of athletes emerging from the region.

He reiterated that for sports, particularly cricket, to be strengthened in the region, Heads of Government need to come together and devise a strategy to approach the development of sports collectively, since no one country can achieve the level of output the entire region is capable of.

The former captain also explained that he sees the need for domestic players to tour internationally, to get the kind of exposure world-class cricketers get. In addition, he noted, there needs to be an injection of overseas-based cricketers to come to the Caribbean and make the sport more competitive.

“We do have professional cricket in the region, but we need an injection of overseas players to make our cricket more competitive.

“Our captains need to learn to exert more pressure on players, and players need to build on their ability to focus. These things, I believe, will help to support and develop the future of West Indies Cricket which is likely to reap much success and bring that high level of nationalism and patriotism to the region,” Lloyd said.

Who will win the World Cup? The captains have their say