Ferguson's bowling standout for NZ A 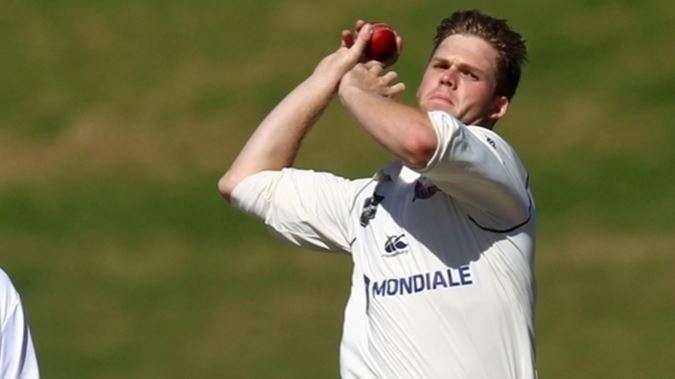 Lockie Ferguson's bowling performance proved a bright spot for New Zealand A on a day otherwise dominated by West Indies batsmen in their warm-up match at Lincoln.

All Ferguson's victims were top seven batsmen as he secured five wickets for 67 runs from 18 overs. Those figures suggest he will be a candidate on stand-by for Neil Wagner in an aggressive third seamer role if there are any injuries ahead of the first test starting next Friday in Wellington.

However, the West Indies batsmen were hardly troubled across the day, cruising along at more than five runs an over. Shai Hope and Sunil Ambris brought up centuries as the West Indies reached 451 for nine after winning the toss.

Hope (110) and Ambris (153) came together at 135 for five with their side at risk of crumbling. A 155-run sixth-wicket partnership at a run rate of 6.89 righted the cause. Both spent more than three hours at the crease as they dealt to the local bowlers on a sun-drenched Bert Sutcliffe Oval.

Hope continues to be a headline writer's dream as he resurrects the side's test ambitions. He is their highest run-scorer in tests this year, including becoming the first player to score two centuries in a first-class match at Headingley in August.

Ambris replaced Hope's brother Kyle in the test squad for this tour. He batted at No7 but has pedigree as a top order option in the first-class format. His century came off 85 balls; the second 50 required just 30. His only international appearance was a one-day international against England at Southampton in September.

Ferguson continued the form which saw him snare Plunket Shield match figures of 12 for 78 for Auckland against Otago this month.

The 26-year-old removed both openers as the tourists limped to 45 for three, and he came back to dismiss Hope and Ambris. New Zealand A produced few other in-roads with leg spinner Todd Astle particularly expensive, going at 6.93 runs per over from 14 overs.

Wicketkeeper Tom Blundell caught Ambris and opener Kraigg Brathwaite as he looms as the favourite to replace the injured BJ Watling next week.

More posts from author
Friday, 16 April 2021 Grateful to USA for saving Guyana’s democracy
Monday, 12 April 2021 President Ali loses nothing by reaching across political divide
Wednesday, 07 April 2021 The Opposition scoffed when, during the campaign, the PPP declared it would be delivering 50,000 house lots during the next five years