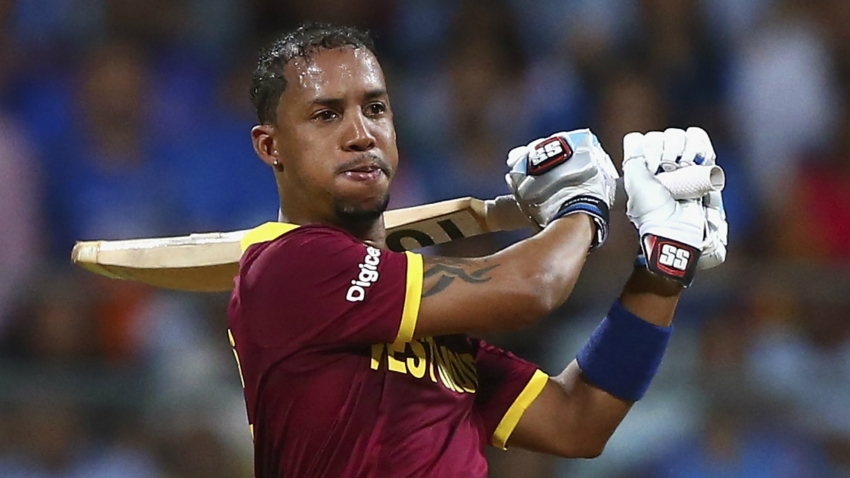 Lendl Simmons' unbeaten 91 guided West Indies to a crushing nine-wicket win against Ireland as their Twenty20 series finished level at 1-1 on Sunday.

Rain briefly threatened to scupper the third and final match just as it had the second and Ireland will have wished for a greater downpour after being comprehensively outplayed at Warner Park in Basseterre.

The tourists collapsed from 50-1 to 138 all out following a 45-minute delay as Kieron Pollard and Dwayne Bravo snared three wickets apiece.

Simmons ensured the Windies made light work of the chase, hitting five fours and 10 sixes in a blistering 40-ball innings that surpassed his previous best T20I score of 82.

Evin Lewis added 46 from 25 deliveries in an opening stand worth 133 to help dash Ireland's chances of escaping with a series victory.

Simi Singh claimed Lewis courtesy of a top edge before Simmons ended the contest two balls later, the 34-year-old launching another six at the end of the 11th over to force a drawn series.