Roston Chase return to form came from keeping it simple 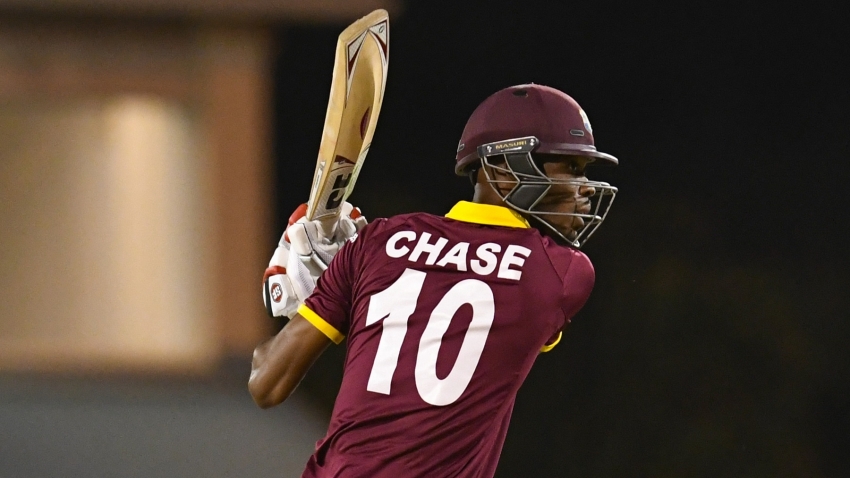 It was not long ago that Roston Chase was seen as one of a growing number of match-winning players in the West Indies ranks.

Since that time, however, Chase has suffered long dips in form and has not done much saving.

Chase, from 22 One Day Internationals averages 28.28 with the bat and has scored 396 runs but has scored just two half-centuries to date.

Against Afghanistan in a recently concluded One Day International in Lucknow, India where the visitors thumped the home team 3-0, he was immense.

Chase began with scoring 94 as the West Indies easily won the first ODI by seven wickets. Earlier he had bowled economically to end with figures of 2-31.

In the second ODI, Chase failed with the bat, only scoring nine as the West Indies only managed 247, but his 3-30 was instrumental in limiting the reply from Afghanistan to 200.

Chase was at it again on Monday,first bowling economically to end with figures of 1-24, before going on to bludgeon the bowlers, scoring 42 from just 32 deliveries to help seal the whitewash with a five-wicket victory.

Speaking after the game, Chase explained that skipper, Kieron Pollard, had reminded him to stay focused on the task ahead of him.

"Skipper told me last night we'll bat in a different position, but he said, 'Don't worry. Just concentrate on your bowling, and if you get a chance to bat, show that’.” Chase explained.

Pollard was referring to the fact that he would bat ahead of Chase in the final ODI for the first time in the series, and that he should not change what he was doing because of it.

“He [Pollard] said, 'Ros, just take over and play at a run-a-ball.' I did that, and put away the boundary balls,” Chase said of his innings.

As for his effectiveness with the ball, Chase says he has begun to understand how to change his pace to deal with different batsmen and, of course, different conditions.

“I was just trying to vary my pace, and the pitch was helping out a lot. Each game, our bowlers came to the party. This is my first series win in five years, and I'm quite happy for that."