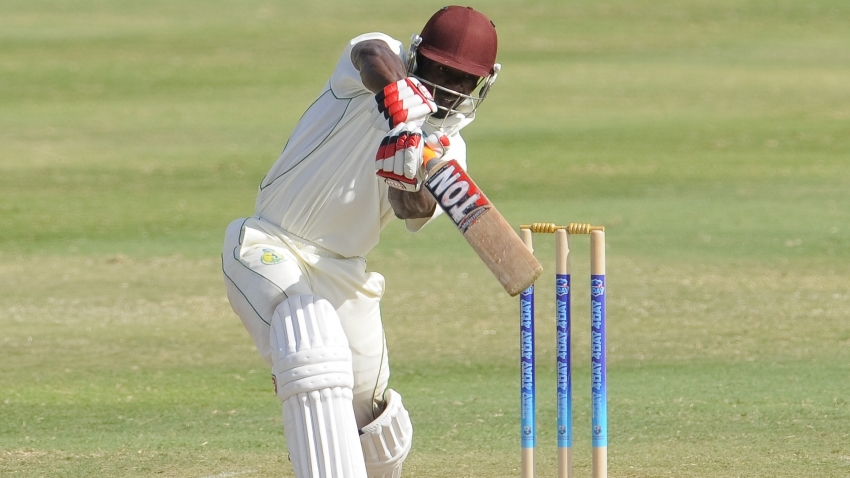 Unbeaten centuries from Devon Smith and Kavem Hodge helped the Windward Islands Volcanoes bat their way out of an outright loss against the Guyana Jaguars on Sunday’s final day of their West Indies Championship game at St George’s Park.

The Volcanoes began the day 62 runs in arrears after their first innings 318 on the back of half-centuries from Hodge, 53, Keron Cottoy, 56, and Shane Shillingford, 63, was overhauled by the Jaguars, who benefitted from Leon Johnson’s unbeaten 189, and Christopher Barnwell’s 107 to be in a strong position, some 108 runs ahead.

The Volcanoes, after losing Roland Cato on two, steadily set about overhauling the deficit, ending Saturday on 46-1 with Smith on 16 and Hodge on 17.

The two were not to be parted when they resumed on Sunday morning, as an enthralling game of cricket ended in a stalemate.

Smith faced 262 deliveries on his way to 147, while Hodge would score an even hundred from 227 balls.

Smith struck 12 fours and a six on his way to the total, while Hodge was helped to his three figures with 11 boundaries.

For the Jaguars, Keon Joseph ended with figures of 0-21 from 10 overs, Nial Smith had 0-41 also from 10, while first-innings heroes, Devendra Bishoo and Veerasammy Permaul also ended wicketless, going for 52 runs off 17 and 41 off 19 respectively.

It was also a bad day with the ball for Johnson, who bowled five overs for 25 runs and Barnwell, who could only manage 0-32 from eight overs.

The only bowler to enjoy any form of success was Raymon Reifer, 1-50 off 13 overs.

Reifer trapped Cato leg before wicket late Saturday but toiled in vain on the following day.

Time called on `unofficial Test matches’ on the be...
Warde unbeaten half-century prop up Leewards