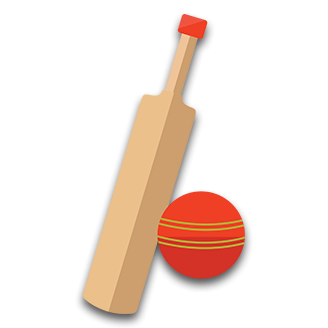 My initial decision to start a cricket blog spawned out of a New Year’s resolution to write two-hundred and fifty words a day for an entire year.  I found after about three weeks of this exercise that a) I had trouble keeping myself at two-hundred-and-fifty and often the following day picked up where I left off, and b) I was, more often than not, writing about cricket in one form or another.  So The Beehive kicked off with an initial goal of writing about 1000 words every day on the very subject I had been writing two-hundred-and-fifty words every day anyway, and for a good four months or so, I stuck to the plan and enjoyed a favorable response both from an increasing readership and within my own self-reflection: I found the exercise fun, in that it got me indelibly involved in the sport that I love—no one could ever contest my original enthusiasm, I have a blog to prove it!—and I was able to improve my writing to the point where I might finally have a chance at completing the longtime goal of going back to school for my PhD (we’ll see how that goes when they review my application in February).  So, all good there.

It was only in talking with my real life cricket captain and CHAIRMAN, the gentleman who invited me to contribute to his West Indies Cricket Forum, that I considered scaling it back a little.  My captain and cricket mentor, Ranjeet, suggested that writing once or twice a week instead of every day might give the reader an opportunity to catch his breath in between articles; it might give the reader a chance to catch her breath.  And CHAIRMAN more or less said the same thing.  Maybe my daily posts were outpacing the reader who barely had time to sort through 1000 words on whateverthehell before the next article came out.  And maybe the reader, expecting a post-a-day, would skip the odd article knowing full well another was just around the corner.  I was flooding the market, in other words.

I didn’t really care, however:  I wasn’t writing the blog for the readership, after all.  Well, that’s not true: I wasn’t writing the blog to attain the largest readership possible is more like it, and so the number of words I wrote per day, the number of total posts, the number of clicks achieved—these mattered not to me; I was in it for the connection to the sport and the connection to the sport alone.  And while this bottom line remains the same, I have found myself heeding their advice nonetheless, even if for different reasons.  I’m a teacher and I have to grade, of course; I’m a father and I have to mentor and whatnot; I’m a cricketer and I have to find a new way of getting out each and every time I bat.  These are non-negotiables.  They require assiduous planning and seamless execution (except for my nick-offs; those require seams); and, at the end of the day, they require time.  Precious, finite time.  The same currency needed for blog writing, and, therefore, the less-frequent posts.

Not that writing every couple of weeks or so doesn’t have its perks.  For instance, I no longer need to shoehorn irrelevancies into a cricket blog in order to have a topic for the day; I no longer need to stretch—result: less absurd, more sober posts, which may or may not be better, depending on your viewpoint, but they’re certainly more pertinent, this post notwithstanding.  There’s always a happening big enough to write about every fortnight within my cricketing purview, so the topics are always there, restocking faster than I can wring them dry.  The only issue with writing less often is that I can miss some pretty important stuff that I could never miss when I was writing daily—I needed every last cricket morsel I could find.  This means I don’t have to write about minnows like Hong Kong and Italy in a Fives match, but I often throw back the red snapper, as well—fish I would have reeled in and filleted to the bone during my more quotidian essays.

Since the last time I wrote, there have been a couple of important happenings that I’ve yet write about, not the least of which would be Ben Stokes’s little Ashes-ruining donnybrook outside that bar.  Now, first of all, I think it’s important that everyone let the legal process play out, and I’m completely open to the possibility that it turns out he did nothing wrong or, in the best case, he ends up as some kind of an action hero in the situation with rumors of his jumping in to put an end to some purported bullying taking place within the establishment.  Totally possible.  Even so, though, what he’s doing out at that time, what he’s doing drinking like that in the middle of a series, just why he doesn’t let up when the fisticuffs appear to have ended—these are questions that I, let alone Andrew Strauss, can’t answer, and, consequently, Stokes will more than likely find himself grounded for the flight down under.  Obviously, some of this is what you get with Stokes; the aggression, the irascibility, the hotheadedness—these are the characteristics that come to mind when one labels the positives of Stokes’s game, and so, in a certain way, these are the very traits that go a long way to making him great.  Take these out of the man, and you probably take away his effectiveness on the field as well.  England love him because of that odd bouncer to the chin, his ability to fight back when down, his resilience in the crease.  In some ways, he’s the bodyguard who tends to stick up for his more mild-mannered teammates when the opposition bullies them.  His pluck and physicality are essential to his and the team’s success.

On the field, however, not off of it.  In the age of smartphones, I simply can’t believe a guy of his stature—with his money and cultural capital—would allow himself to get into the situation in which he found himself.  Is he culpable?  I’m not so sure, and we’ll find out.  But that doesn’t excuse his being in that spot in the first place.  I don’t see a way England can let him go to Australia, and not because I think he’ll be a distraction because, at this point, he’ll be a distraction regardless of whether he plays in the matches or not.  You’re fooling yourself if you think leaving Stokes behind will in any way obviate Root and the others having to answer Stokes-related questions from the pride of bloodthirsty Aussie media.  He will be the subject of attention either way.  It’s when I look at the video—the intensity of the punches, his inability to fallback—that I feel like Strauss’s hand is forced.  He went above and beyond when he should have been asleep in bed.  That is what will ground his tour before it gets off the ground.

As for England’s chances: without him, I’d say their dead in the water, but, then again, I thought they were dead in the water with him on the plane, so who knows?  Going to Australia is always a tall order, no matter who you are.  England, in particular, as part of an Ashes series, only adds fuel to the fire—and that’s a great England team.  This one, with its obvious flaws—no need to get into those—this one would be a heavy underdog even with their talisman leading the charge.  Likely, though, they’ll be without him.  It’ll be tough, let’s just say that.  Not that England can’t win; I want to be clear, there.  I learned as much from the West Indies earlier in the summer.  Still, make no mistake, a Stokes-less England will need everything to go right if they are to pull off a stunner.  Doesn’t seem worth the pint, does it, Bennie.

Anyway, we’ll see how it goes.

Tonight, I take my kids out trick or treating.  My son is a dinosaur, my daughter a troll, and I am dressing as Glenn Maxwell during his test hundred.  In fact, I’m in all whites fully padded up as I write this.  I thought about being something scarier, but then I did a little Maxi test hundred word association.  Big, scraggly, premeditated—all frightening words.  I’m already tall and bearded; it was Maxi, all the way.

More posts from author
Friday, 16 April 2021 Grateful to USA for saving Guyana’s democracy
Monday, 12 April 2021 President Ali loses nothing by reaching across political divide
Wednesday, 07 April 2021 The Opposition scoffed when, during the campaign, the PPP declared it would be delivering 50,000 house lots during the next five years
>