Bangladeshi immigrants form bonds in high school while spreading the game in their adopted country. 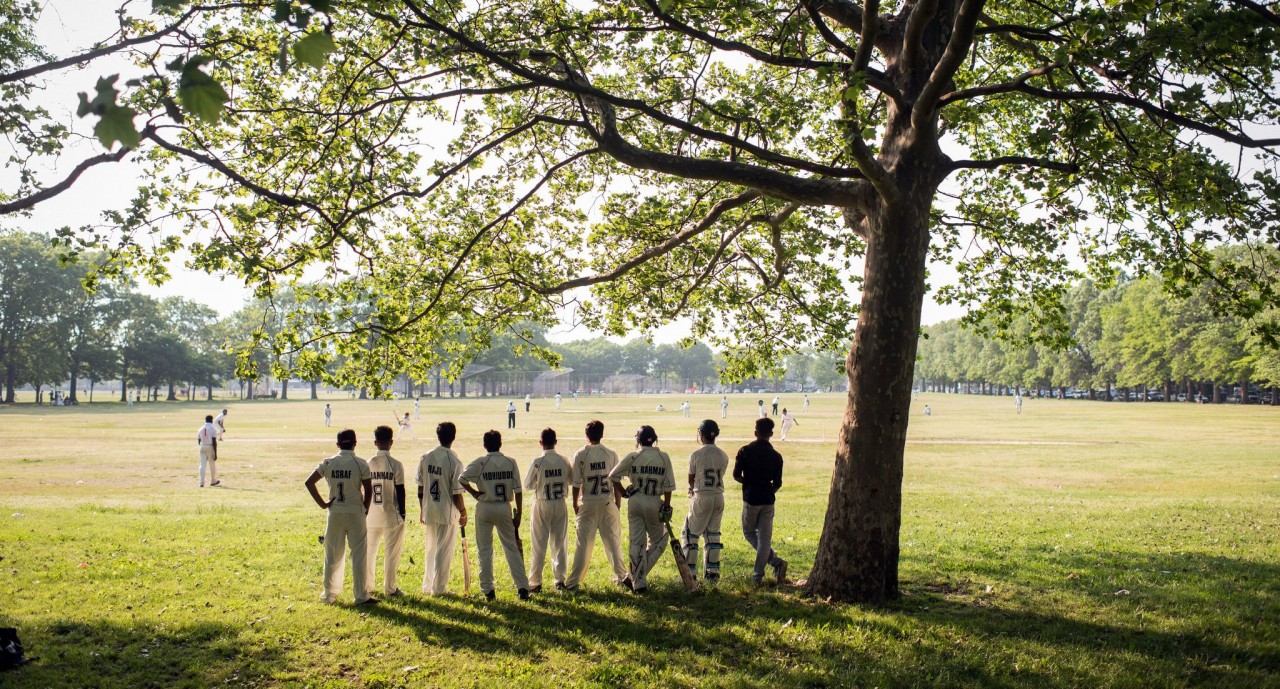 When Sarujen was 13, his family got word that a relative in New York City would pay to sponsor their entry into the United States. With the help of the International Rescue Committee, his family settled in the Bronx. His father found a job at Lehman College; Sarujen found Brooklyn International.

He recalls that first day. “It was the first time in my life I had sat in a classroom,” he says softly. “I had lots of nerves, lots and lots, but I couldn’t show that. I wanted them to look at me as a friendly, cool student.”

His ability to speak English helped, as did his easy manner. Soon enough, he had made friends of many nationalities. He grinned. “I was cool with everyone.”

Although Bangladeshi players from other schools often see him as one of their own, he speaks not a word of Bengali. “I want to wear a hat: ‘Speak English.’”

His lack of Bengali can work to his favor. When playing Long Island City High, opposing players rained Bengali taunts on him as he pitched. He readied his dipper, a pitch that upon bouncing curves away from or toward a bowler.

As the Buckeye cricketers met for early morning practice on that concrete baseball field, trucks rumbled up the ramp to the Manhattan Bridge, and construction cranes perched storklike. This once rough-and-tumble corner of Brooklyn has gone upscale.

Housing economics have changed the face of high school cricket.