Under President Ali’s mantle, ‘The best is yet to come’ 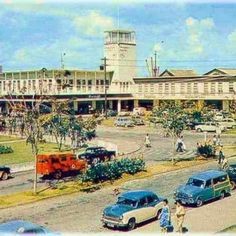 DURING US Secretary of State, Mr. Michael Pompeo’s visit last week in Guyana, both himself and President, Dr. Irfaan Ali, had expressed agreements and commitments whereby both countries are open to advancing economic development for this country and the US’ willingness to provide help in realising this goal. They also spoke on strengthening the relationship in various areas, including the safety and security of this nation and Secretary Pompeo promised to review existing trading constraints. Guyanese would recall many skeptics expressing reservation and fear about the sovereignty of this country at stake via the concept of “Quid Pro Quo”.

Of interest also, was the election of 71-year-old Mr. Yoshihide Suga as Japan’s new prime minister in a parliamentary vote last Wednesday, becoming the country’s first new premier in nearly eight years, bringing the curtain down on the ailing outgoing Prime Minister, Shinzo Abe’s record run of almost eight consecutive years in the country’s top job. Suga’s ruling Liberal Democratic Party used its majority in the powerful lower house of parliament, which is empowered to pick the premier, to elect him to lead the world’s third largest economy as it tries to recover from the coronavirus pandemic. Interestingly, Japan, the world’s third largest economy, has a Cabinet consisting of members who are all over the age of 52 except for the youngest, the Minister of Environment, who is 39 years old. Suga’s noteworthy comment mentioned that, Japan’s alliance with the U.S. will remain the cornerstone of its foreign policy and that he wants to maintain stable ties with China, his country’s biggest trading partner. If Japan can decide on this policy with the US, why not Guyana?

With the on-going firing and hiring of political appointees in the midst of the budget debates under the stress of COVID-19 pandemic and handling the race crime in Berbice, Primetime Emmy Awards, TV industry’s shiniest night of the year, was hosted remotely, virtually and digitally in L.A. last Sunday, emceed by Jimmy Kimmel. Perhaps, of more enthusiasm, is the viewer’s anxiety to see who is wearing what to credit the fashion industry, with astonishing, amazing, challenging and revealing evening gowns, dresses, suits, costumes, jewellery and make-up, befitting the rich and famous. Incidentally, when one of the conversations in Guyana wraps around the rule of thumb regarding firing policies, Chicago radio station, 670 The Score, has fired on-air host, Dan McNeil, after a comment he made on social media about the outfit ESPN sideline reporter, Maria Taylor, was wearing on last week Monday night. In a tweet that has since been deleted, McNeil posted a screenshot of Taylor, 33, who was making her debut on ESPN’s Monday Night Football and referenced the adult film industry in posing the question: “NFL sideline reporter or host for the AVN annual awards presentation?” The sports-talk station’s parent company called the tweet, “degrading and humiliating” and apologised to all who were offended, especially Maria. When one can be fired for sexist comment, what about racial comment in Guyana? Isn’t Guyana a copycat nation?

Silk is an expensive material and known for its beauty and refinement. Wearing silk gowns bestowed on senior counsel is an honour and signifies dignity, service and respect (among other attributes) to the court and the judiciary system. A counsel has to earn and deserve this merit before he or she may be awarded with this credit. Who has (or doesn’t have) the privilege to decide and authorise this ceremonial right is an engaging affair, currently being argued in the court in Guyana. Interestingly, Queen Elizabeth has stripped imprisoned American film producer, Harvey Weinstein of the royal honorific Commander of the Most Excellent Order of the British Empire. Weinstein was given a “CBE” in 2004 for his contributions to the British film industry. In March of this year, Weinstein was sentenced to 23 years in prison after a NY City jury found the former Hollywood mogul guilty of committing a criminal sex act in the first degree and rape in the third degree. Although the Queen is technically responsible for granting and canceling such honorifics, such decisions are in practice made by the Cabinet Office of the British government. In Guyana, so many counsel are grossly guilty of staining the gowns that they wear with their twisted words, misdeeds and immoral actions and yet their reputation, character and profession remain unblemished, valid and unchallengeable by the relevant authorities.  Is this the land that God or time forgot?

Prior to the election fiasco, there was a lot of ruction created by the infamous PNCR regarding all the hullaballoo about President Dr. Irfaan Ali’s qualification. After the unparalleled five-month wait for an election recount result, some Guyanese inculcated an adaptation of the US version of “Black Lives Matter” and “Knee on my Neck,” infused as a repertoire. Ironically, Democratic presidential nominee, Joe Biden, acknowledged the existence of white privilege in his own life a few weeks ago, saying his privileged experiences as a white man have benefitted him. “Sure, I’ve benefitted just because I don’t have to go through what my Black brothers and sisters have.” But Biden also said that he had faced unfair treatment of his own, mentioning how some people had looked down on his working-class upbringing in Scranton, Pa., and the fact that he does not hold a degree from an Ivy League university. “Who the hell makes you think I need an Ivy League degree to be president?” he said. Ole people say, “the more you live, the more you learn and see!” Just wait and see where this beautiful land we cherish and love, Guyana, is heading towards. Under President Dr. Irfaan Ali’s mantle, “The best is yet to come.”