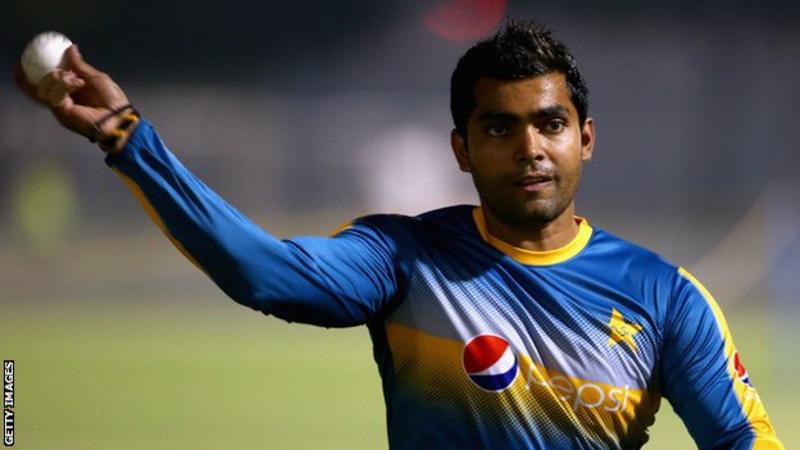 Pakistan batsman Umar Akmal has been banned from all cricket for three years for failing to report corrupt approaches.

Akmal, 29, was banned following a disciplinary panel hearing on Monday.

The Pakistan Cricket Board (PCB) had charged him with two breaches of its anti-corruption code for not reporting two unrelated approaches.

Akmal, who was provisionally suspended in February, refused an earlier hearing before the anti-corruption tribunal.

"The PCB doesn't take any pleasure in seeing a promising international cricketer being declared ineligible for three years on corruption charges," said PCB director of anti-corruption and security Asif Mahmood.

"But this is once again a timely reminder to all who think they can get away by breaching the anti-corruption code.

"I request all professional cricketers to stay away from the menace of corruption and immediately inform relevant authorities as soon as they are approached.

"This is in their as well as their teams' and country's best interest."

Akmal, the youngest of three brothers to play for Pakistan at full international level, score a Test century on debut aged 19 in 2009 and has played in 16 Tests, 121 one-day internationals and 84 T20 internationals.

Yet he has been in and out of the side in recent years and has had several disciplinary issues, including failing fitness tests and being banned for three matches in 2017 for criticising then coach Mickey Arthur.

Akmal was recalled by Pakistan in 2019 after a two-year absence and he last featured in two T20 games against Sri Lanka in October, falling for a first-ball duck on both occasions.