DEFENDING Regional 4-Day champions, Guyana Jaguars, seem to have their mojo back following their return to winning ways, and reclaiming the top-of-the-table position, compliments of their bowlers co-starring in their huge 3rd round win.

After suffering a loss to Barbados in Round 2, the champions switched to ruthless mode as they mauled the-then number one ranked team on the table, Trinidad Red Force, beating them by 219 runs at the Guyana National Stadium, Providence, to reclaim their spot as table-leaders.

It would seem that the impact made in the last round by the bowlers have somewhat raised the bar for the champs, who up until Round 3, were leaning towards being a more batting-heavy side.

The Jags, despite not having a centurion in their mix so far, managed to show their mighty batting prowess as a number of their marquee batsmen have come to the party, including Chandrapaul Hemraj, Tagenarine Chanderpaul, Chris Barnwell, Anthony Bramble, Vishaul Singh and Leon Johnson, who have all registered one half-century or more in their name to date.

Guyana’s reality check came after they lost Round 2 in a basically one-sided affair to Barbados Pride. Their bowlers in the first two rounds were a bit tame but Round 3’s spark lit a fire under the bowlers as they were crucial in Guyana’s thrashing of Red Force.
For the most part, Guyana have been ticking all the right boxes as their fielding has been good while their batting errors revolved around the lack of conversion after a number of players made significant half-century scores but failed to carry on to three-digits.

Additionally, with fast-bowling all-rounders, Romario Shepherd and Keemo Paul, on international duty, Ronsford Beaton banned from bowling and Raymon Reifer being under watch, following his injury from Round 2, a void was evident in the Jaguars’ bowling department.

But Niall Smith’s hostility, which saw him run amok on the Trinidadians with 5-12 in one of his better spells, coupled with senior pacer Keon Joseph’s knack for breaking opening partnerships and spinners, Veerasammy Permaul and Devendra Bishoo’s cunning approach, impelled Guyana to regain their winning ways.

With Smith, Permaul, Bishoo, Joseph and Reifer, who is expected to return for Round 4, all playing at optimum levels, Jaguars could easily use this new foursome to wreak havoc on the other teams for the remainder of the competition.

Smith and Permaul were the tormentors-in-chief against Red Force as the spinner passed the 500-wicket mark in first class cricket and they both will have huge roles to play, especially the scorching Smith who continues to mature with each game.

And should they regain the services of Sherfane Rutherford, Paul and Shepherd during the course of the Regional 4-Day tourney, Guyana could maintain their poise and go on to win their 6th title.

Meanwhile, Guyana has a current aggregate of 44.6 points with 2 wins and a loss from 3 matches played.
They lead the Pride by .2 as the Bajan franchise come in at second place with 44.4 points, making the 4th round an exciting one.

Guyana shift back to their home ground at Providence to tackle bottom-placed Jamaica Scorpions from Thursday, February 6.
Always tell someone how you feel because opportunities are lost in the blink of an eye but regret can last a lifetime.
cricketwindies.com/forum/ 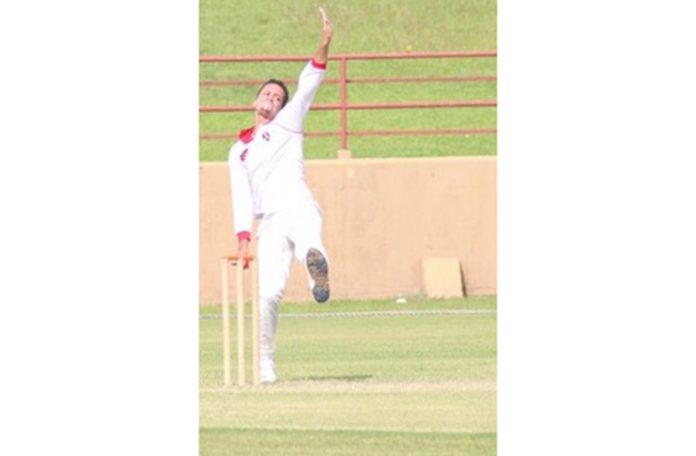 Kemo, Rutherford, Hetmeyer and recent debutant Shepherd : are all available ~